You don't have to go out to have a good time. Kickin it a homie's pad can be dope too. Last night we copped a lot of sake. At one of our local grocery stores we have become fans of the sake seen below: 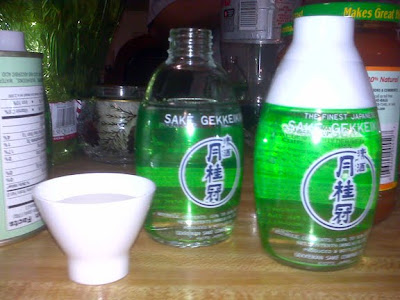 These little hand held bottles of fun are cool in so many ways. First of all, we've nicknamed them Hand Grenades for obvious reasons. As you can see it comes with its own shot glass! They're also fairly cheap (I guess that's also obvious, since I already said we got it from a grocery store hahaha).

Anyway, after going to war we got hungry. We were being responsible adults and decided driving at that point was not an option. Next best thing? Fridge and pantry raiding! What started out as an simple omelet/scramble became something else... 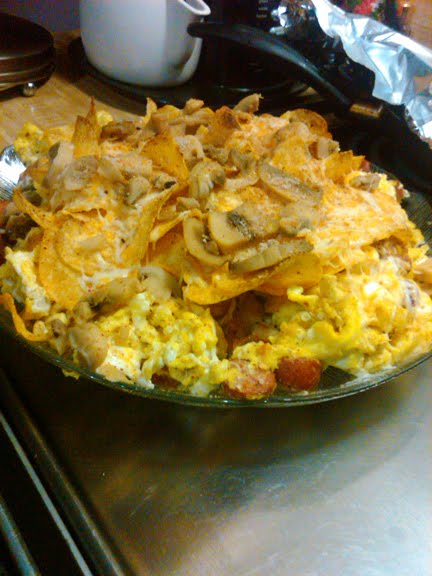 Here's what inside:
Looks like a sloppy pile of WTF right? To be honest it was pretty good. Basically, it's as if  an omelet exploded. The chips added a nice texture plus that pepper relish flavor set it off. Yes I know its artificially flavored, but because of that I kind of want to try out what a real pepper relish is all about.  So there you have it, the WTF Omelet.
Posted by kMFn
Email ThisBlogThis!Share to TwitterShare to FacebookShare to Pinterest
Labels: Virginia Beach VA
Newer Post Older Post Home
Tweets by drunkeats