It’s not everyday you find yourself rollin’ 30 deep to a baseball game with a bunch of hooligans. But on this particular night, I met up with the masquerade in Parking Lot K of the Lincoln Financial Field (home of the Eagles) in order to make the latter end of a tailgate party that looked like a Zoo gone wild. And when I say zoo, I’m not referring to The Situation’s definition of a field of landmines and grenades, but rather a field full of hungry animals looking to harass anyone and anything that they cross paths with. I was one of the calm and collected ones, as my tardiness proved to be my weakness. But by the time we were in our seats at Citizens Bank Park to watch our Fightin’ Phils take on the Nationals, we were all but a rowdy and obnoxious crew that barked at everything. Constant yelling in the ears of adjacent parents and kids, doing the wave all by ourselves, and heckling the rest, it was another typical day for this "FOBmob". Baseball game? What baseball game. Were we really paying attention to the game? Or preoccupied with being the loudest fans in the stadium? Haha.

Game won and done. Next stop, McGillin’s Olde Ale House for some more drunken debauchery. Can’t beat $6 pitchers!!! No karaoke on this night, but we ended up clearing out the place anyway. Youknowhowwedo. 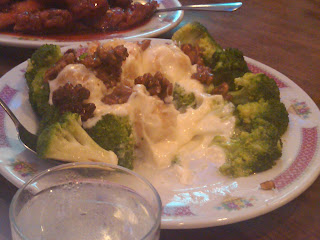 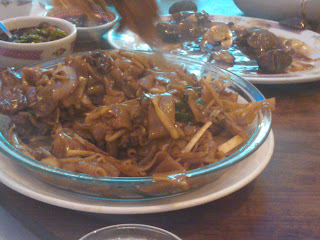 Now time for the meat of the bloggery. It was a difficult decision figuring out where to drunkeat. But one spot I haven’t had the pleasure of stamping a drunkeats approved or failed label was Chinatown. Several eateries come to mind when you think of C-town in Philly but our appetites led us to Tai Lake. And let me start by saying that Tai Lake is one of the more authentic Chinese restaurants in this neck of the woods. It was almost a given heading to c-town that wherever we go, I would be ordering Salt Baked Squid, simply because this is one of my favorite delicacies from the Chinese orient. Other dishes ordered included beef chow fun, and walnut shrimp. Nothing out of the ordinary from a Chinese restaurant. However, let me make a bold statement right now. One of the BEST salt baked squid dishes in Chinatown. Yeah I said it! Crispy, salty, and perfectly chewy, this dish proves its worth. The other two dishes were average, I’d say. Overall, this establishment receives an average rating for its other average dishes, with the exception of salt baked squid of course. So if you’re searching for that one hot Chinese dish that’s itching to alleviate those cold sweats you have at night, while surrounding yourself with 2 tables worth of some interesting characters, then Tai Lake will suit your fancy. 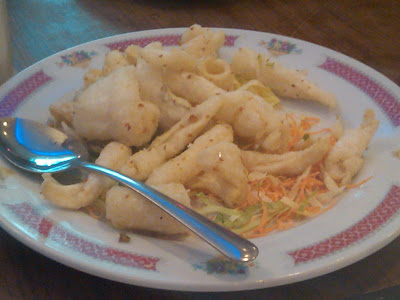 One of these days I'll have enough courage to bring my dslr out with me on a drunkeats expedition, as these phone pics absolutely do no justice whatsoever. But until then, you'll have to make do with my 3.2 Megapixel blackberry wonder. haha