A friend recently asked me to tell her about New Orleans, LA...what to do, where to eat, etc. So I decided to just turn it into a post. She plans on going to in February as an alternative to the typical Las Vegas or Miami trips that many other people do. Trust me, we've done Vegas and Miami, and this is a great change of pace for just as much fun. Here was my response:


NOLA is a good choice! We had a lot of fun there. February is right around Mardi Gras down there. Fat Tuesday is February 24. Check out this website: http://www.mardigrasneworleans.com/mardi_gras_2012.html

Our trip was not during Mardi Gras, but it was just as crowded and just as fun. We took the dog with us, so we had to stay at a pet friendly hotel. It was 1 block outside of the French Quarters. The name of the hotel was the Pelham Hotel at the intersections of Common St. & Magazine St. Everything was totally walkable from here and it was priced really well for us at the time. I think we stayed for 4 nights and it only cost us $350. and that included the dog fee. If I remember correctly, being in the French Quarter, the prices shot up considerably.

Shuttle service to and from the hotel was $30 each person each way.

While we were there, obviously we toured the entire city. One morning we did the New Orleans City Tour. This drives you around on a bus and shows you all the main sites. We were even able to see the Hurricane Katrina area (Ward 9) which was kinda creepy and ghost town-ish. But all the major attractions are covered. I think it's always worth taking the city tours so that you can get acquainted with where everything is and see what you want to really go back to and visit in detail. This should run you like $40 per person. It's on the expensive side, but I guess they were trying to make some money to rebuild the city.

We also took one day to take the Louisiana Swamp Tours. This was pretty interesting. They teach you about the swamp land and you can touch a baby alligator. They feed wild alligators and all that kind of stuff. This was something like $40 per person again. I thought it was fun and interesting.

One day we took a ride on the Steamboat Natchez. This was a Mississippi Riverboat Tour. Again, it's an informational tour about the waterway and what industries are along the river. It's only 2 hours or something short like that. And $25 per person or less. You get a good view of the NOLA skyline and you can also say that you've been on the MIssissippi.

Without a doubt, you will be touring the whole French Quarter on foot. There are so many things to see that I can't name them all. Of course, you're going to want to walk down Bourbon Street. No explanation needed. Have some adult fun! Definitely check out the French Market on Decatur Street. Around Muriel's Jackson Square you will see lots of street vendors and artists. I actually bought a painting from someone down in this area. You'll also see the famously photographed balconies at the corner of Decatur & St. Ann street. You'll know what I'm talking about when you see it. And right across the street is the world famous Cafe Du Monde. Grab a beignet and some coffee. It's cheap and satisfying. As you walk down, you'll see all the shops. If you have time and have a sweet tooth, stop into Aunt Saly's Praline Shop. I thought it was cool.

Make sure you take a night to listen to some good old blues music. There are live bands everywhere, from the bars to the the piano bars to just outdoor seating areas. It's really a good time and relaxing. You'll see tons of blues singers / songwriters statues all over the place.

There is a place where they celebrate Mardi Gras all year round. It's a warehouse that does tours of all the floats / statues / anything Mardi Gras related. We didn't have time to go because they moved the location and we were not aware. If you don't go during Mardi Gras, try to visit this site and let me know how that goes.

If you are into gambling, there is a Harrah's there. I think it's the only casino around. Nearby there is the Aquarium of the Americas as well as the Riverwalk Marketplace which has indoor shops (basically a small mall). And down the street from there is the Morial Convention Center, which if you're lucky, you may see the open call auditions for So You Think You Can Dance (yea, we caught a glimpse). 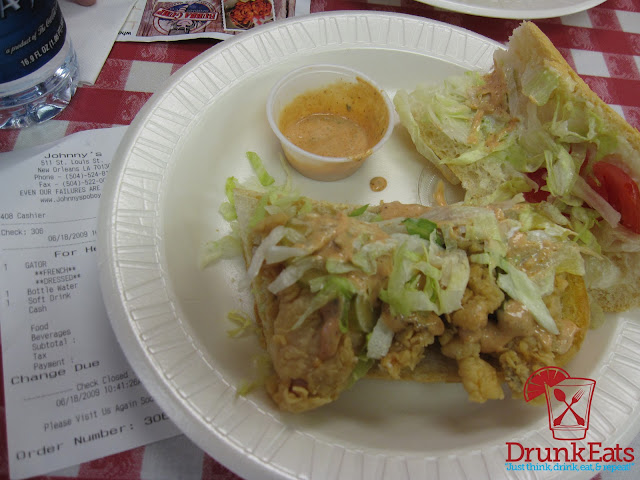 Johnny's Po-Boys - we tried the alligator po-boy and it was good. (intersection of Decatur & St. Louis Streets) 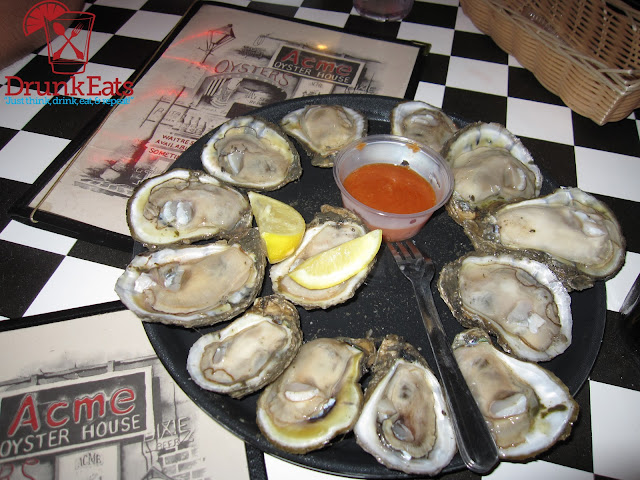 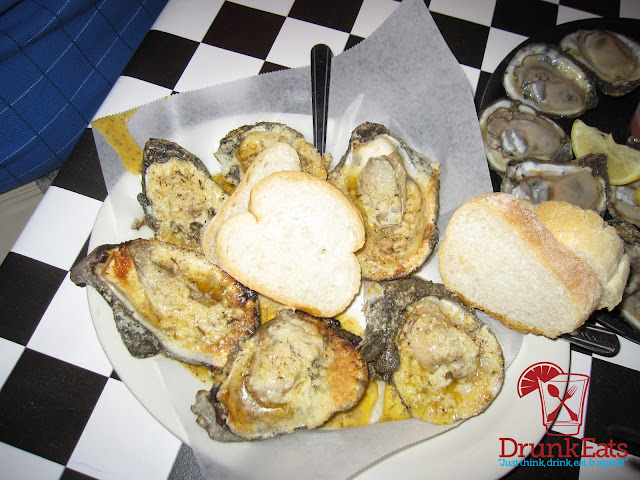 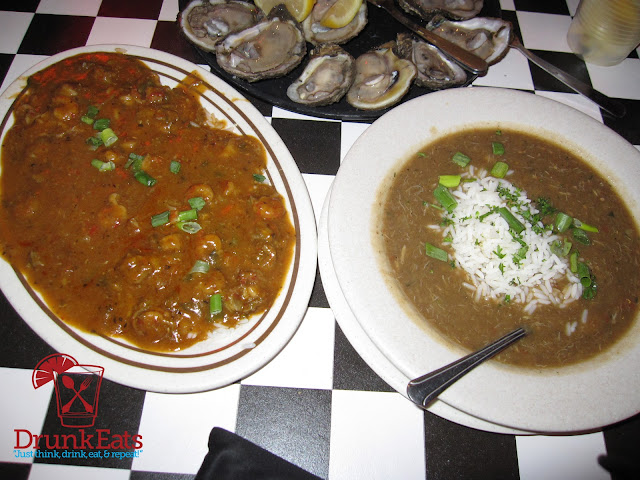 Acme Oyster House - if you love Oysters this is the place to be. Adam Richman ate 13 dozen here. Come early because the lines get ridiculous (intersection of Bourbon & Iberville Streets) 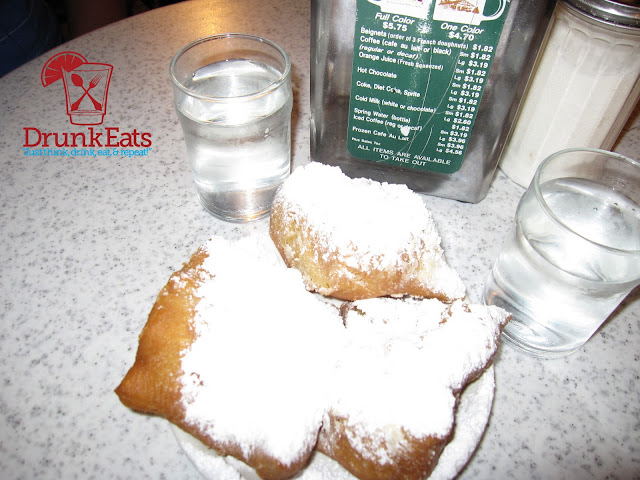 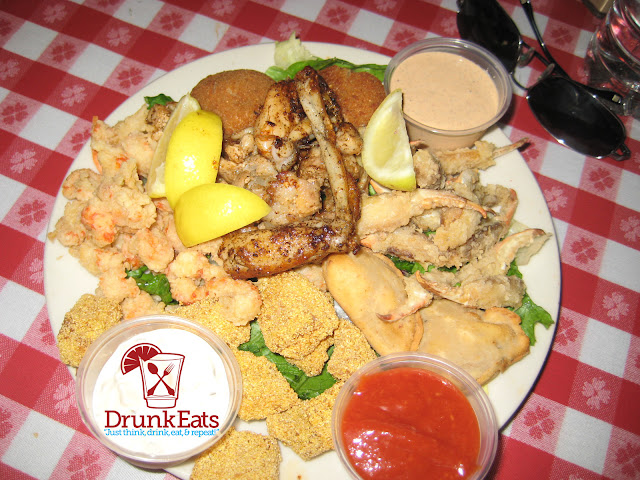 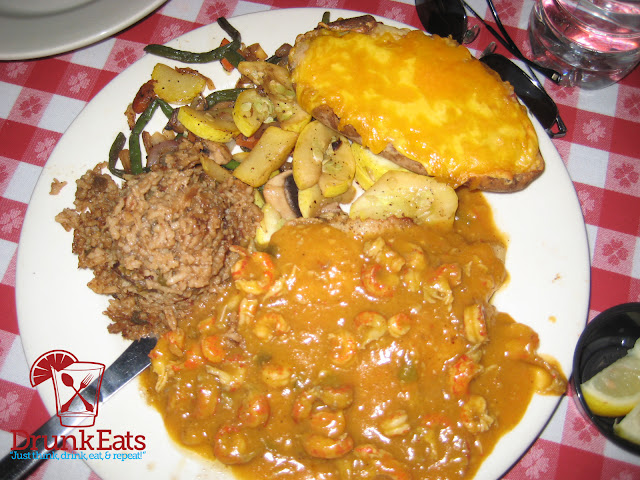 Mulate's: The Original Cajun Restaurant - definitely a must. I think the name speaks for itself, and I will add that it was very very good. (corner of Convention Center Blvd and Julia Street) 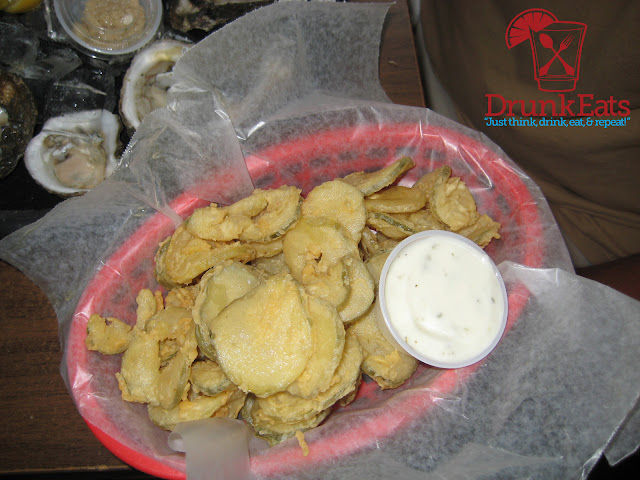 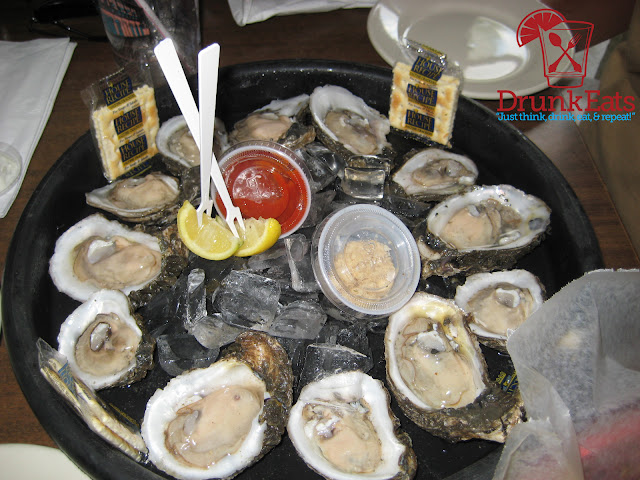 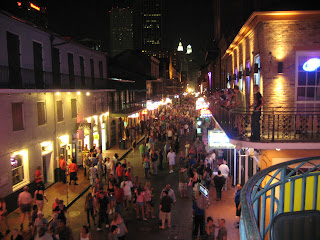 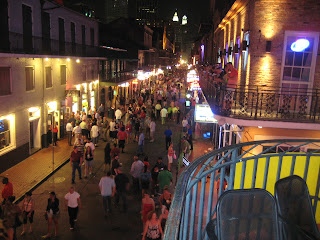 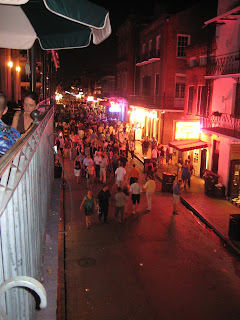 Other Places to eat: 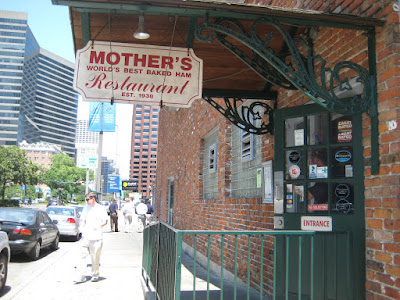 Obviously we did some good eating! If you try any other places, please let me know about them for the one day we may go back and for others who may ask me to tell them about New Orleans (like you did).

I hope you don't regret this long email and hopefully it's worth reading through.