Part II is the afternoon after Mac’s Speed Shop and brings us to Burk’s BBQ - a hole in the wall ‘cue joint in Rock Hill, SC about 25 miles south of Charlotte. I’ve had all sorts of ribs; from St. Louis, to Carolina, Kansas City, & both sides of Nashville but something about Burk’s hit every angle on the Ribs Pentagon – soft, juicy, smokey, sweet, & salty. If that’s not enough then simply know Adam West watches you while you eat. 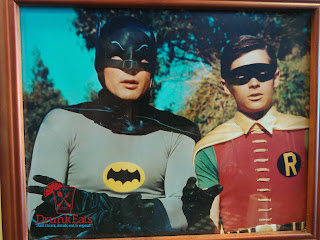 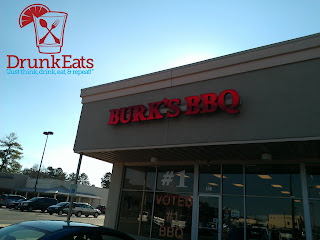 BBQ on back to back days can be considered by some as overindulgence, but in the south most can call it a way of life. Burk’s has keeps low-key identity tucked in a strip mall complex and you would hardly notice it aside from the bubbling smokestack on its roof and the #1 sign in its window. There is minimal pomp and circumstance to the restaurant, just a small shop with tables to fit about 40 guests. Burk’s may seem small and fast food oriented with its drive through, but the texture and full flavor is enough to justify my billing as the BEST RIBS I’ve ever had. 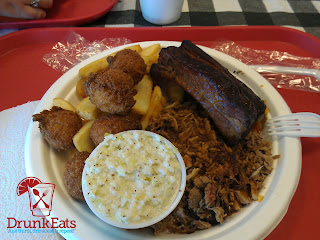 Burk’s does not mess around with appetizers or a variety of beverages, the meat does the talking and I jumped right in with a combination plate of Pulled Pork and Ribs with Steak Fries, Slaw, & Hush Puppies.

The pulled pork is nothing to laugh at – juicy enough on its own but open to your choice in compliment of red vinegar based BBQ sauce or a honey mustard blend. I’m not normally a fan of the hush puppies but the offering was more than ample – sweet, soft, & fresh almost like the best parts of a fresh baked muffin. 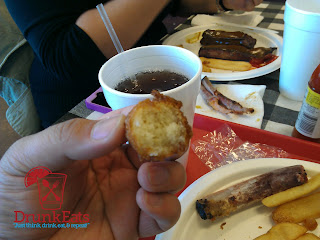 And now, the paramount – THE RIBS; smoked to perfection in house with soft exposure to flame which allows the meat to cook but not dry out. There was no toughness to the meat at all but at the same time it did not roast to the point of falling from the bone. There was a bit of sauce to the ribs but it wasn’t really needed; the sweet juice on the bone flowed out naturally to just brush the light exterior salt that crested on your pallet more like an ocean wave rather than an affirmative punch to the pallet like most strong BBQ flavors. 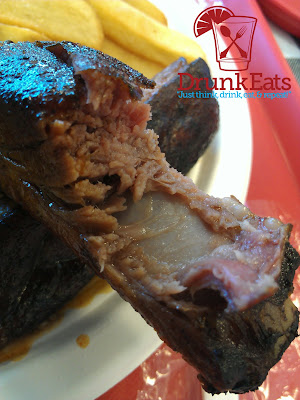 My theory on hole in the wall joints is simple and much like Hannibal puts it, if you can find them then maybe you can enjoy it. 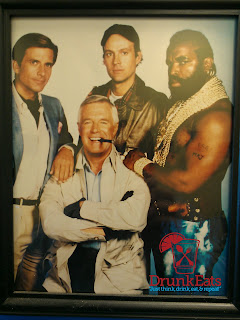