Kanye West said it best, “like Martin with no Gina”.  And that’s exactly how Drunk Eats felt prior to this weekend...empty hearted.  Until one day some 85 years after it was first invented, someone brilliant came along and thought, hey! why not celebrate the one quintessential thing Philly was best known for, its world famous cheesesteaks! 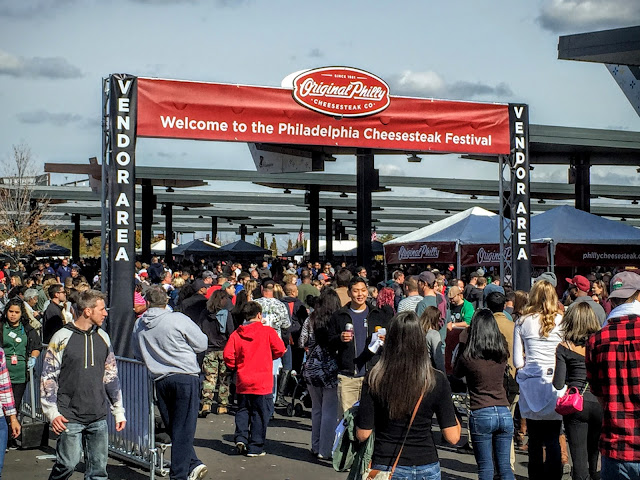 It was only a matter of time and boy was it a match made in heaven this past weekend, as Drunk Eats took to the streets and fell in love with the grit and grime that continues to feed Philly's iconic food scene at the 1st annual Philadelphia Cheesesteak Festival held at the beautiful Lincoln Financial Field in South Philadelphia, PA!  Our tastebuds and palates were screaming feed me, feed me! while our arteries and blood pressure were dialing up SOS with smoke signals.  But with over 40 different vendors from around the city and beyond, there was no way we were going to miss this record breaking inaugural event! 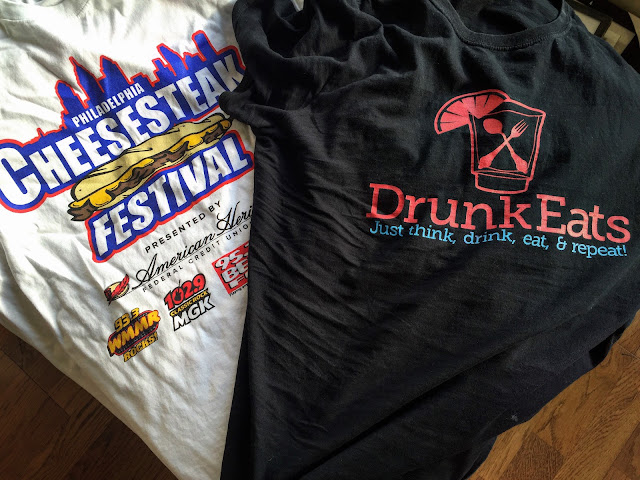 Now, the key to this "foodventure" was proper preparation for getting there early without any problems, as crowds were later confirmed to be in the 25,000s.  And so we strategically planned to a) arrive right on the dot at 11 am, when doors opened, and b) not worry about parking with the help of our friends at Uber.  These two perhaps minuscule details were the keys to our successful go around at the festival for Drunk Eats. 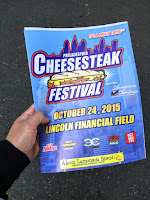 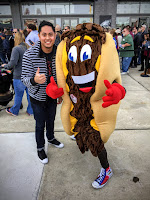 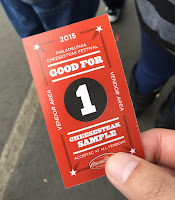 Upon arrival, we were greeted by Cheesy The Cheesesteak, and right then and there we knew it was going to be a good day!  I mean come on...this dude was awesome!  How could you not chuckle!

First stop, Oregon Steaks with its home located on 10th and Oregon Avenue.  The nice neon blue signs were eye catching, so we headed straight to the stand, with no line in sight...oh the joys of arriving early. Juicy and delicious, exactly what the doctor ordered and a nice way to start the clogging #cloggedarteries. 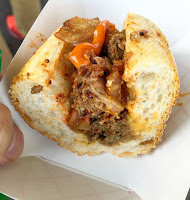 Next stop, Seoulfull Philly, a food truck with origins heavily rooted in Korea.  We were definitely looking forward to this twist, as the sign itself said it was voted #11 on the Daily Meals Top 101 food trucks in America.  The Cheesesteak Korean, made with Korean bbq, whiz, sautéed kimchi and onions, and Korean red chili mayo.  Oh Em Gee! this was sooo amazing!  I’ve never tasted anything like this before...not too hot, not too sweet, a perfect combination of mouthwatering, titillating, awesomeness!  A must try and easily on the top of our list. 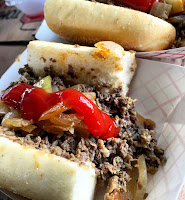 A quick spin around and we immediately spot Dalessandro’s.  A local favorite of mine with a home located at the corner of Wendover St. and Henry Avenue, I was ready to devour :) No need to boast about this establishment...they are by far one of my favorite cheesesteak joints in Philly and definitely worth a visit for the out of towners that are not too keen at touristy spots like Pat’s or Geno’s (no offense, very good as well but attracts the majority of tourists to Philly hence the comment).  Chopped up meat, fried onions, your choice of american, whiz or provolone, a squeeze of ketchup and you'll be asking for more! 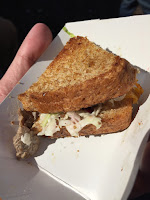 Pat’s Steaks and Railroad St. Bar & Grill were our next victims.  Pat’s Steaks has established themselves as one of the most famous in Philly, claiming themselves as the originator of the steak sandwich, located in South Philly.  Personally, not too high on my list.  A bit dry, and not quite a fan of the meat slab slices...I have a biased towards chopped meats.  Not to take away from them though, they have been a true staple in Philly tradition so they’ll always be a true icon of our city.  Railroad St. Bar & Grill on the other hand, took a spin with its cheesesteak and used toasted loafs of bread instead of the traditional hoagie roll, added what seemed to be cole slaw and cheese.  Very interesting concept, I definitely give them props for originality. 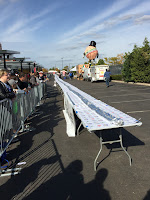 One of the highlights of the day was the unveiling of the World’s Largest Cheesesteak, made courtesy of Steve’s Prince of Steaks and Amoroso's Baking Company.  Measuring some 480 feet long, the “Philly” Cheesesteak nabbed its crown away from Tucson, Arizona which held the previous record of 426 feet.  Even YouTube food star Daym Drops was on hand to witness the greatness of this mind-blowing #DrunkEats experience!

Other notables included, Unique Greek which showcased their version of the cheesesteak sprinkled with feta cheese, Original Philly that spun a mean egg roll and spring roll cheesesteak, and Philly It Cheesesteaks that held its own with its version of the original cheesesteak.  Though we didn’t try every stand and food truck we wanted, all and all the experience was well worth the wait.  I am sure the long lines placed a damper on the experience for many foodies, but hopefully next year will turn out to be a lot better logistically with better line management, more variety and additional vendors to prey on! 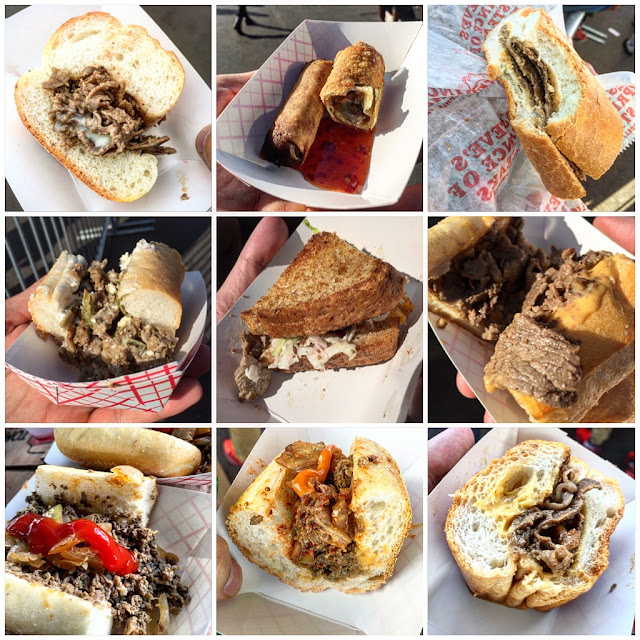 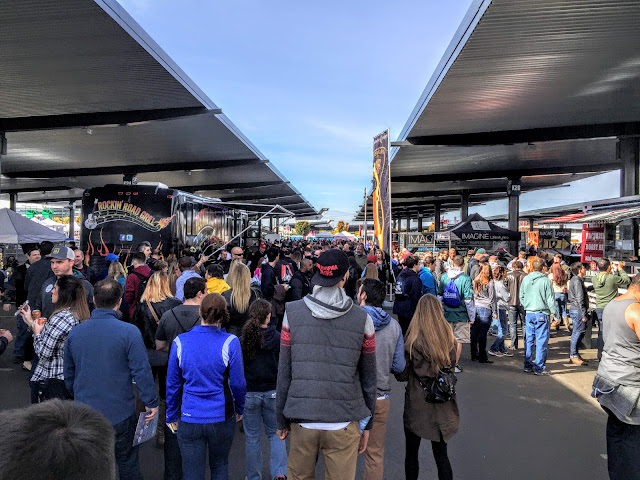