Essentially a good thought but definitely falling far below the Mendoza Line of amateur feasting.


Enter LA Burger - by their own admission their premise was “to introduce diners to the flavors of Korean cuisine, fusing them with American favorites.” Here on in lies the crux of why I initially passed on reviewing LA Burger. NEVER EAT KIMCHI, NUTELLA, AND NUTTER BUTTER IN A SINGLE SITTING. Think about all those distinct flavor combinations and then put them all within a 12” radius for consumption. It ends with you sitting on the floor of your office at 2pm writhing in pain hoping to not explode sweets and spices into the warehouse bathroom.

The first time I went to LA Burger I was wide-eyed and bushy tailed ready (see previous rants on the deficit of desirable food in North Texas not starting with T and ending with -aco). Burger with Kimchi sure that sounds kind of cool and trendy, ohh but again CAVEAT EMPTOR because those milkshakes are meant to bring all the boys to the yard and that’s exactly what the Nutterbutter/Nutella Milkshake did.

That my friends is the short story of how I initially passed on LA Burger as a good idea to eat at again, let alone write about.

Several months later I was cajoled into a redux of LA Burger, this time at their North Carrollton locale after repeated attempts by my co-worker and fellow panda/food enthusiast (whom you can meet here!). With a clear mind I steered clear of the Nutterbutter-Nutella milkshake eerily reminded of my previous gastronomical folly by keeping it simple with the aptly named LA Burger and a side of onion rings. 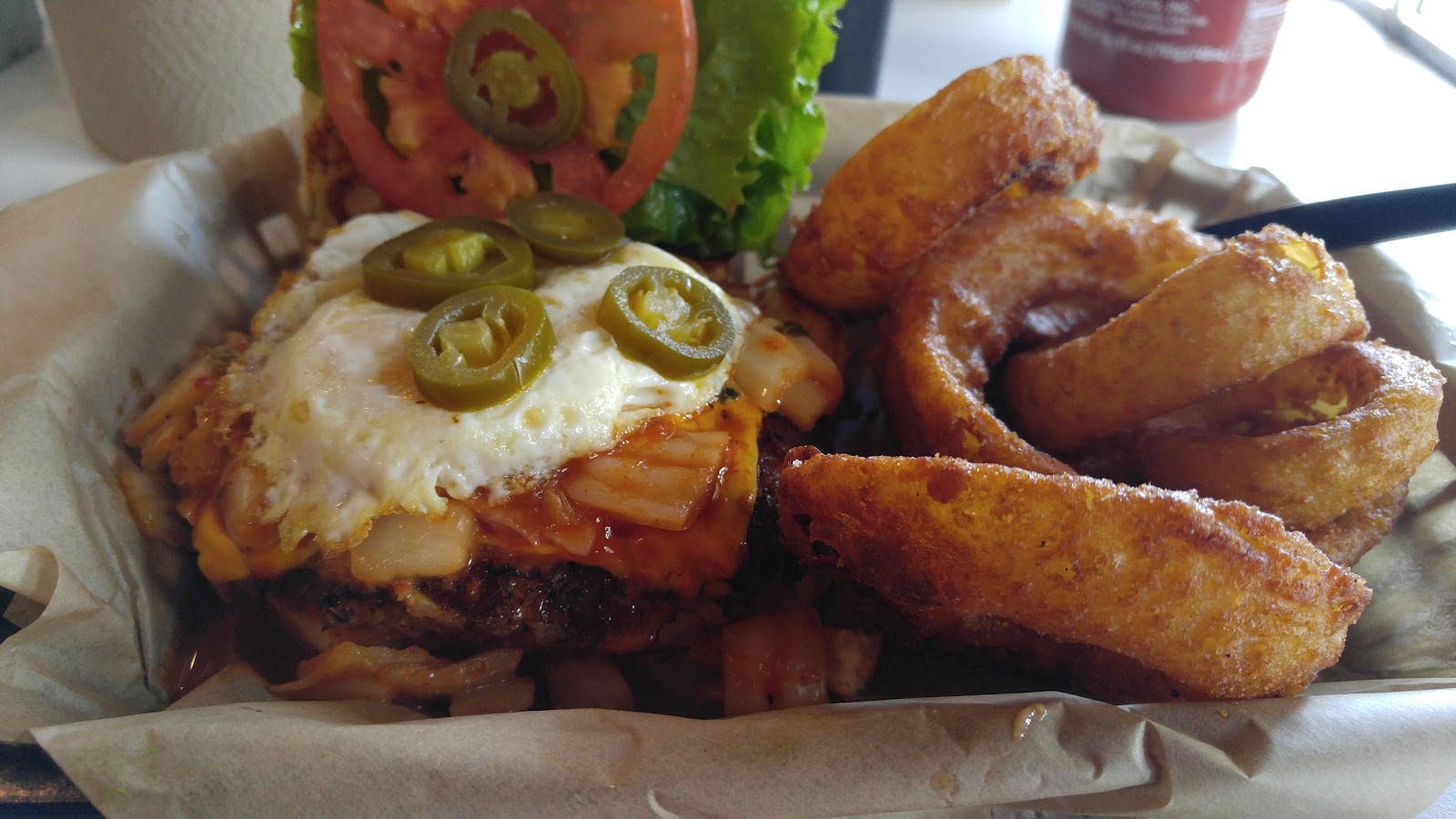 The burger itself hefted at a rough a one-third pound pre-cooked patty stacked from bottom up with yellow American Cheese, flat grill-seared kimchi, a fried egg, jalapenos (because it’s far too hard to get away from the Tex-Mex culture), tomato, and lettuce. No thick cut kimchi here - for your ease of use and to maximize mess they have diced the kimchi a la sauteed onions. In hindsight, stay away from the straight up onion rings - $2.99 for 6 onion rings made me want to throw plate against the wall in protest of #allonionringsmatter but it would have been in bad taste. 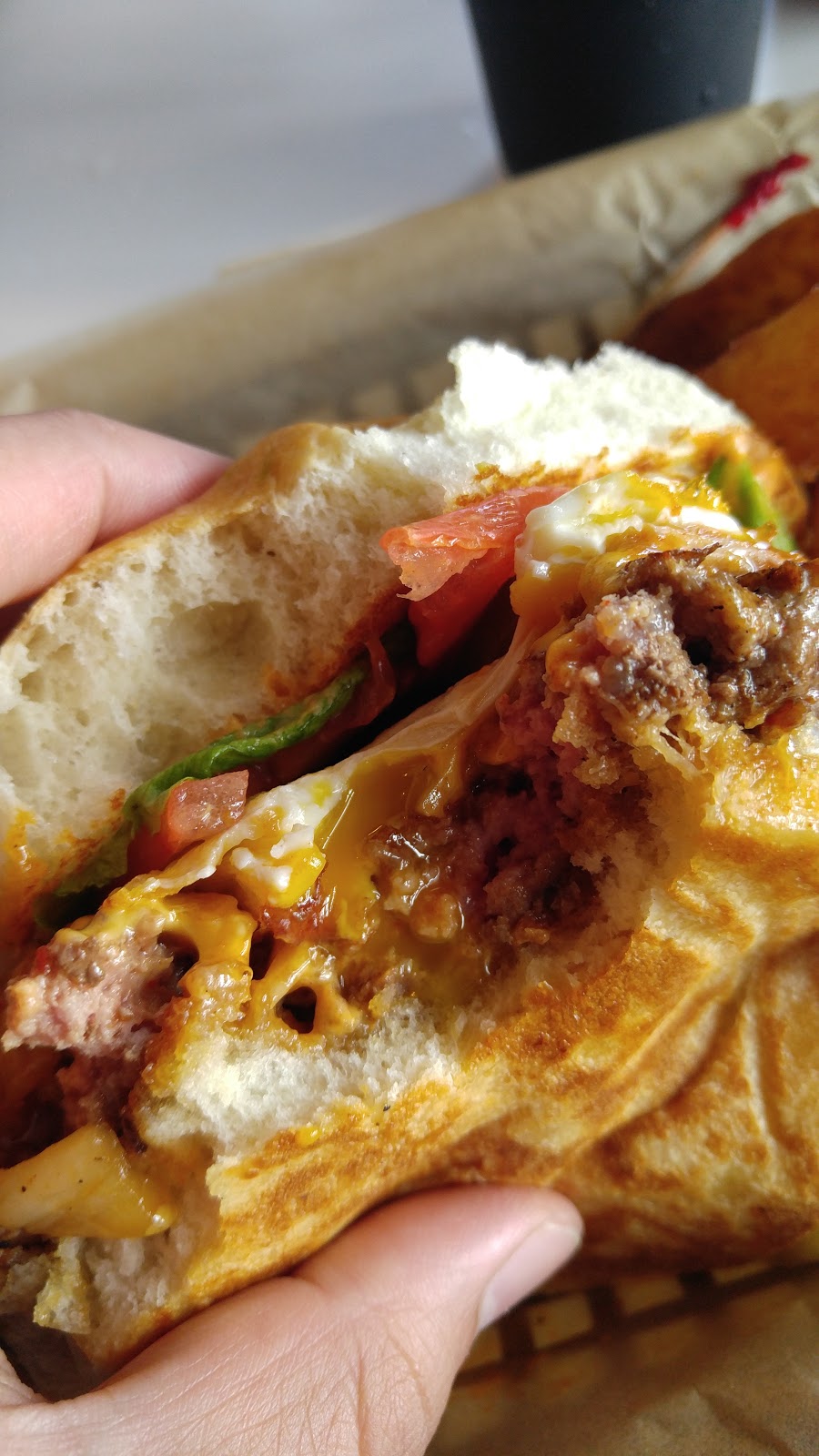 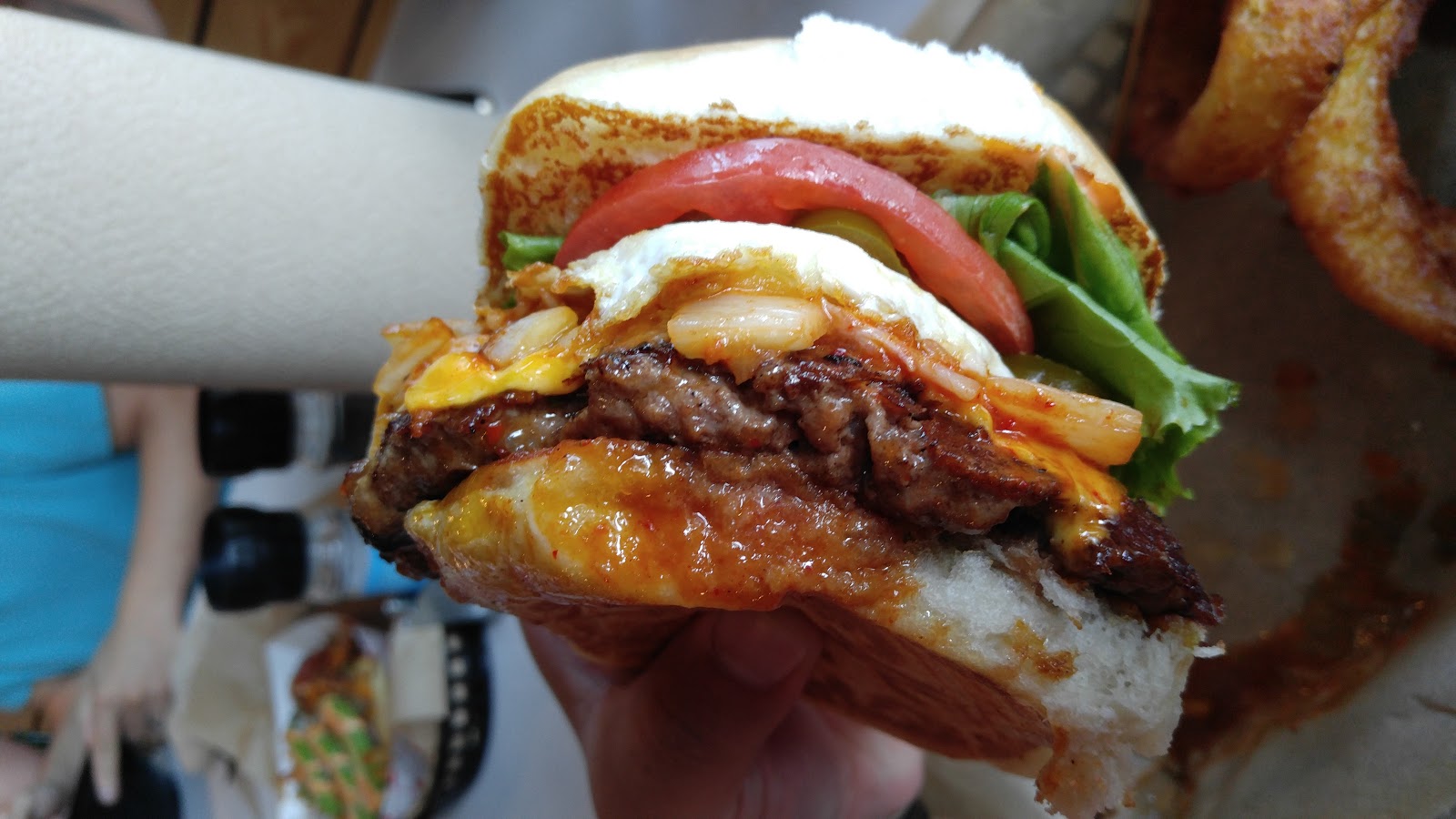 I’m a sucker for oozing fried egg engulfing the rest of my plate and the LA Burger delivered by  melting egg with cheese, kimchi, and sweet meat all in one mighty bite. I did make the mistake of overusing my Sriracha sauce and crossing cultures with a jalapeno and almost coughing up yesterday’s dinner. Take away the jalapenos or leaving them on the side would have made this a solid experience, but keeping them on the patty gives a too many cooks feel on your tongue. 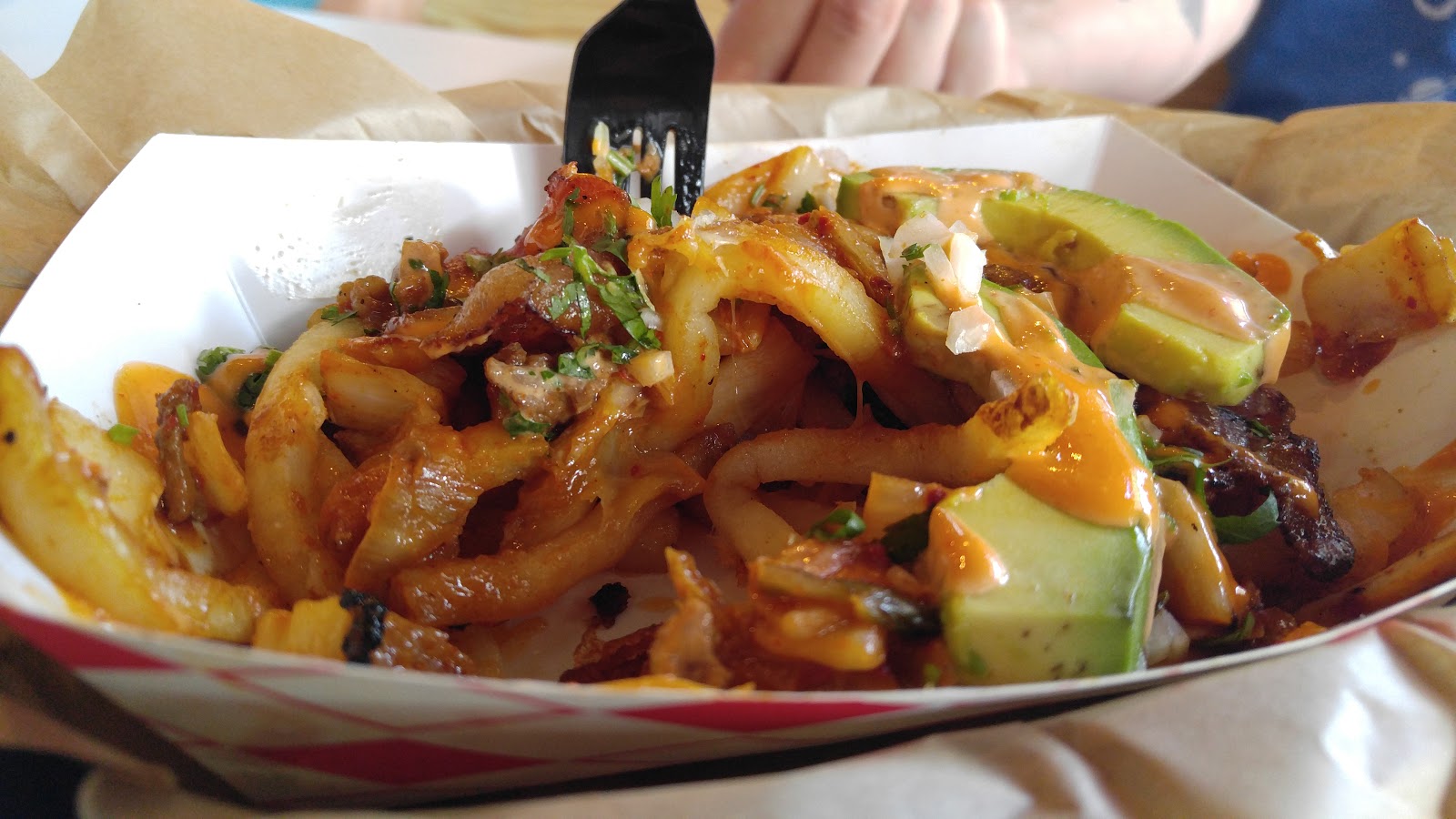 A+ for effort on the K-Style Fries, execution again was a hair over the Mendoza. Regular rough cut fries topped with cheese, grilled kimchi, sriracha-mayo and avocado. Flavor explosion but after sitting it quickly degrades into mushy fries held together with melted cheese. It looked a bit suspect but really when you get stuck with overpriced onion rings these were a welcome alternative. Bonus points for the local beverage selection of Oak Cliff brewed sodas with no commercial Pepsi/Coke products in site save the Coca-Mexicana made with REAL SUGAR CANE.

LA Burger is a definite stop for the adventurous but it can quickly become overwhelming in veracity with clashing flavors and cultures. That Nutterbutter-Nutella Milkshake was still THE BOMB, just ask the unfortunate warehouse guys I work with. 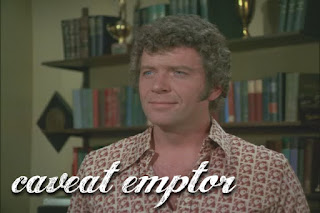