A post from a friend of DrunkEats!!! Thanks Caroline!!!


If you're tired of the "plain Jane" flavors of your every day bakeries, try something exotic this new year from Blackbeard's Dulceria. It's an online bakery owned by Jason Marasigan (a.k.a. Chef Blackbeard), and home of the Ube cheesecake. The Ube, or purple yam, cheesecake is one of his most famous desserts but this bakery thrives on all its unique flavors. Jason specializes in cheesecakes and cupcakes, creating new and interesting tastes like french toast to wasabi pear in cheesecake and peach bellini to apple spam in his cupcakes.

To ring in the new year, DrunkEats tried three of his sensational creations:
- the ube cheesecake
- pandan cupcakes
- and apple spam cupcakes

First, let's talk about the cupcakes. Both were made with such quality and skill of a true baker. They were light and fluffy, just as a cake should be. Now, obviously from their names themselves, these are two very interesting flavored cupcakes, ones that you most definitely will not find in your "Average Joe" bakery. 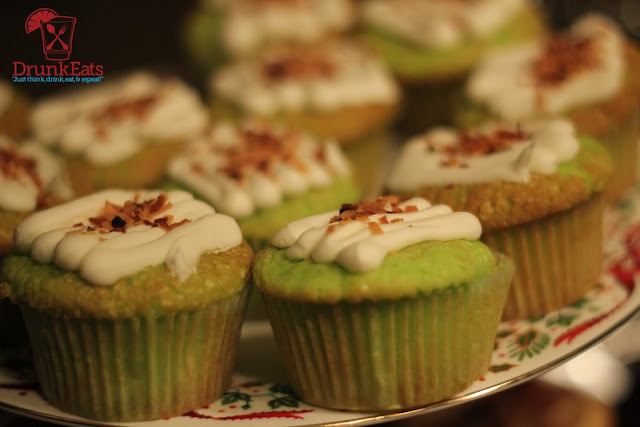 For those of you who don't know, Pandan is a screwpine plant usually used in Southeast Asian cuisine which pairs very nicely with coconut milk. And that's exactly what you taste. 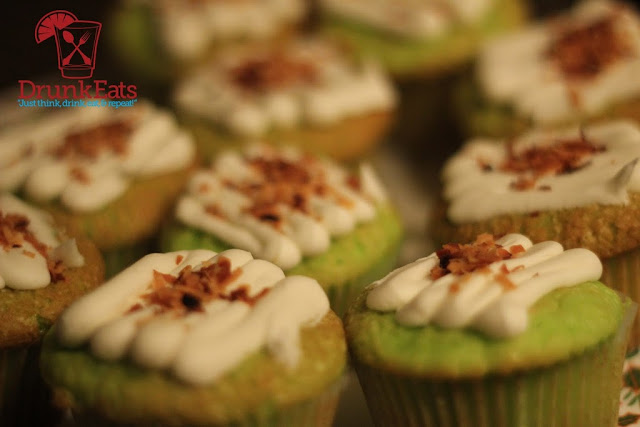 The pandan cupcake is made with, of course, pandan, with white chocolate frosting and sprinkled with toasted coconut. Close your eyes, take a bite, and be transported to a tropical island with this savory treat.

Now, I'll be honest, I was a little skeptical about the apple spam cupcakes because I find it odd to put meat on dessert. But, these cupcakes were a delicious mix of sweet and salty in your mouth. 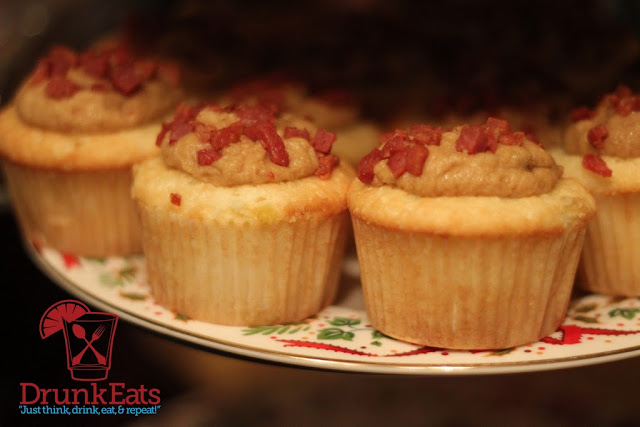 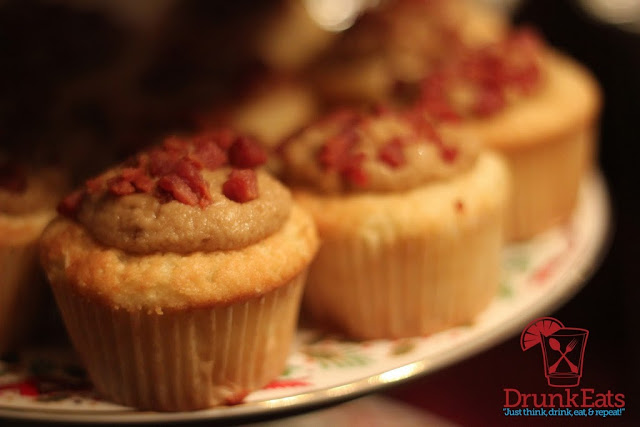 It's an apple cupcake iced with brown sugar frosting, topped with real spam bits, and baked with chunks of apple in between. The spam was a little salty but there were those hidden apple pieces that really balanced the taste well. With these kinds of ingredients, you could wrap one up and have it for breakfast. 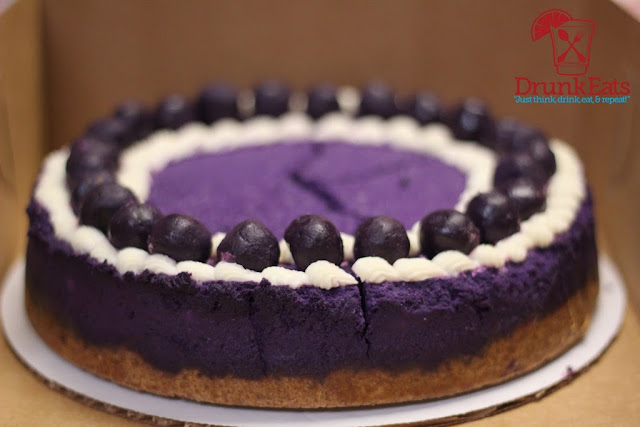 As mentioned before, Blackbeard's is famous for its Ube Cheesecake and let me tell you, it did not disappoint. It's not your traditional kind of cheesecake with swirls of fudge or berries on top, but it carries all the richness of one. Made of purple yam, this cheesecake is smooth and creamy with a subtle taste so it's not too heavy of a dessert. 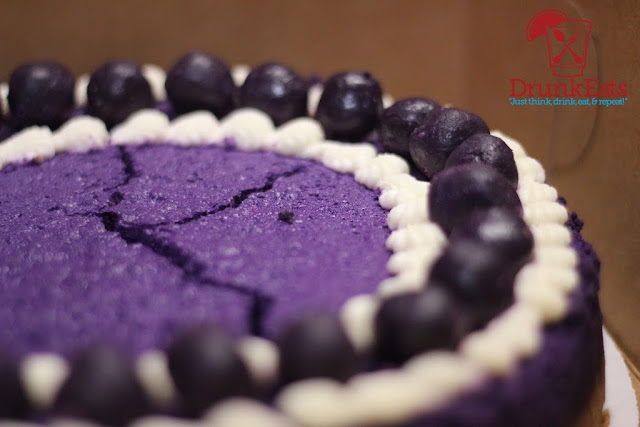 You can't find this dessert anywhere so get this pride and joy from Blackbeard's Dulceria for your next special occasion. Jason's creations are a nice break from your ordinary desserts and flavors.

Cheesecakes (9 inches in diameter) are $35 and $12 for a dozen cupcakes, just like your bake sale price ($1 a cupcake). So put a little excitement into your new year and try one of these unique desserts from Blackbeard's.

Out with the old and in with the new!